Some of the following information is taken from a letter published by “Saint Bede Catholic Church” in Virginia:

“Dear people of Saint Bede and beyond,

I write wearing two hats; as the new Pastor of Saint Bede Church and as the recently named Ecumenical and lnterreligious Officer of the Diocese of Richmond.

Hopefully, I will address and alleviate any concerns about the Episcopal Diocese of Virginia using our parish church for the consecration of their new Bishop.

The Diocese of Southern Virginia made contact with the former Pastor of Saint Bede (Msgr Timothy Keeney) in early December of 2018 to inquire about the use of the Church (nave and commons), Kaplan Hall (our event/receptions venue), and the other spaces here for this significant event in the life of their Diocese. Saint Bede is one of the largest liturgical churches of any tradition in this part of the Commonwealth, with a huge seating capacity of 1200 people, a social hall and catering kitchen, ample parking, all handicap accessible, with many auxiliary spaces for clergy and diocesan leadership to gather, dress, process, and move about freely. Their request came out of a long-standing formal relationship between our two Churches.

The Anglican (Episcopal) Communion and the Catholic Church have been in dialogue, both nationally and internationally, since the late 1960s. ln addition, in 1990, the two Virginia Catholic dioceses, the three Episcopal dioceses, and the two Lutheran Synods of the ECLA in our Commonwealth have been in a covenant. The United Methodists joined us in 2007. For all these reasons, out of our relationship, understanding, and our friendship in the Lord, the planning committee for the Consecration approached the former Pastor of Saint Bede to use the spaces. The pastor sought and received approval from our Bishop to host this event. The Bishop’s only directive was to ‘remove the reserved Blessed Sacrament.’

ln 1993 The Pontifical Council for Promoting Christian Unity published The
Directorv of the Application of Principles and Norms on Ecumenism, which “brings together all the norms already established for implementing and developing the decisions of the council [the second Vatican Council] given up to the present and brings them then up to date when necessary.”

Paragraph no. 137 specifically states:
“Catholic churches are consecrated or blessed buildings which have an
important theological and liturgical significance for the Catholic
community. There are therefore generally reserved for Catholic
worship. However, if priests, ministers or communities not in full
communion with the Catholic church do not have a place or the
liturgical objects necessary for celebroting worthily their religious
ceremonies, the diocesan bishop may allow them to the use of the
church or a catholic building and also lend them what may be
necessary for their services.”

No. 139 supports the directive for the removal of the reserved Sacrament.
We should understand that ecumenical hospitality is not one-sided. A good
number of the newer parishes in our Diocese, especially in the central and western part of our Commonwealth, began celebrating Masses and Sacramental Rites like Baptisms and Matrimony in either Episcopal, Lutheran, or United Methodist Churches. I was once pastor of two of them… 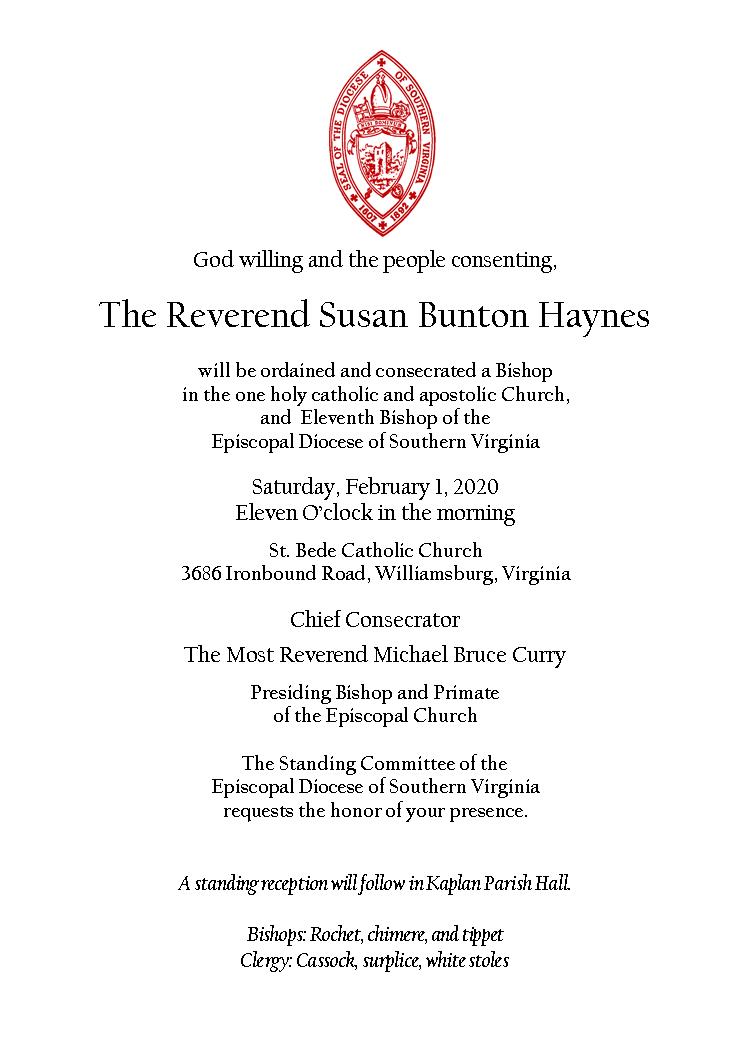