Nearly 60 percent of kale samples sold in the U.S. were contaminated with residues of a pesticide the Environmental Protection Agency considers a possible human carcinogen, according to EWG’s analysis of 2017 Department of Agriculture test data. The pesticide is DCPA, often marketed as Dacthal, which the EPA classified as a possible carcinogen in 1995. In 2005, its major manufacturer voluntarily terminated its registration for use on several U.S. crops, including artichokes, beans and cucumbers, after studies found that its breakdown products were highly persistent in the environment and could contaminate drinking water sources. For these reasons, in 2009 the European Union prohibited all uses of Dacthal. Yet it is still used in the U.S. on crops including kale, broccoli, sweet potatoes, eggplant and turnips. Even as kale’s popularity as a health food rich in vitamins and antioxidants has soared in recent years, the level and type of pesticide residues on kale has expanded significantly. EWG’s new analysis places it third on the 2019 Dirty Dozen™, our annual ranking of the fruits and vegetables with the most pesticide residues. 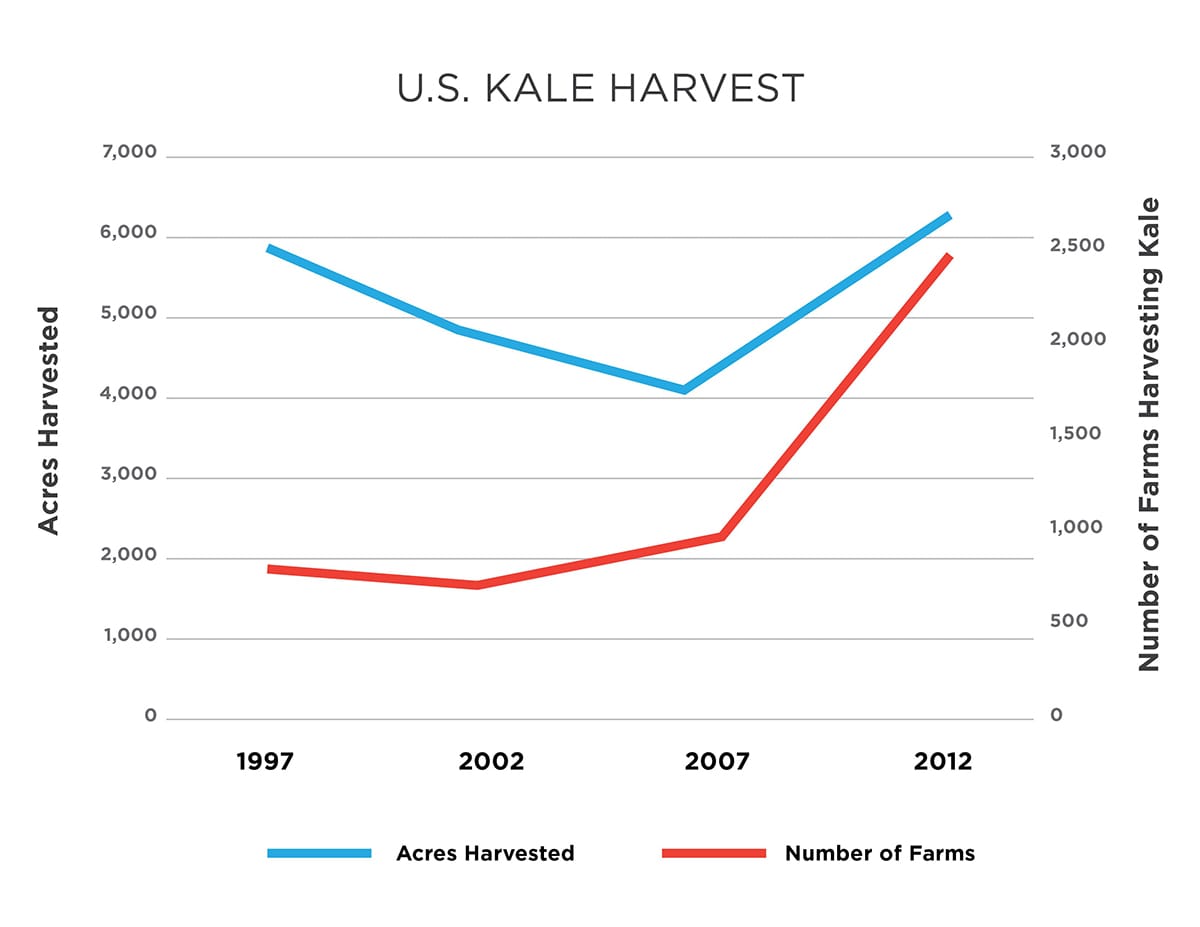 Conventional kale farming relies heavily on the use of several synthetic pesticides, including Dacthal. The EPA’s 1995 classification of it as a possible carcinogen noted increases in liver and thyroid tumors. Dacthal can also cause other kinds of harm to the lungs, liver, kidney and thyroid. According to U.S. Geological Survey data from 2016, about 500,000 pounds of Dacthal was sprayed in the U.S., mostly in California and Washington state. In California, the only state where all pesticide use must be reported, nearly 200,000 pounds were sprayed in 2016. In states with high Dacthal use, concerns have grown about the capacity of its breakdown products to contaminate surface and groundwater. Not only can Dacthal contaminate areas near its use, but studies indicate it can also travel long distances in the atmosphere as well.